Is it possible to destroy the entire Internet?

This question is not entirely unreasonable. According to the way the internet works, it is difficult to make the internet disappear or destroy the internet overnight. But not impossible!

Although I won’t write anything in today’s article about why it’s not impossible; However, I will discuss why it is very difficult to make the Internet disappear or destroy overnight!

Brother, such a strange question is not in my head, but it comes to the minds of many. I vividly remember when I first told my family about building my career on the internet, none of my family took it seriously. The matter was met with much contempt. I can’t make my own career on the internet but that’s not the main question here! The main question was, hey where the big companies are not going to be, what is the Internet again? Can’t be seen, can’t be touched, is there any guarantee that they won’t be lost tomorrow?

Well, let’s face it, for whatever reason, can the entire Internet be destroyed or shut down or turned off?

So let’s start explaining, but first we need to know how the internet works, otherwise we can’t find a clear answer.

How does the internet work?

One of my most detailed articles on this subject has been around for a long time, which you can read here; What is the Internet and how does it work?

However, in order to clarify the content of this article, I will not use the link at all, but will try to make the matter a little easier.

First of all, suppose there is no such thing as the Internet. Suppose you have 3-4 devices in your home that are connected to each other using a local network. This means you can transfer any data or any file from one device to another through the local network.

Now suppose your neighbor friend wants to connect to your local network and download some files from your computer or exchange some data. Again you want to transfer any file from a friend’s computer in the same way. What to do then?

So now you need to connect your local network and your friend’s local network together via wireless or using it, right? That’s how many of your friends want to exchange files with each other, all of them have to be connected to the local network or wireless, right?

Now think of this same thing over your whole neighborhood, then think of your whole police station, slowly think of it as your department level, then think of another network connected to a network that covers your entire country. Here everyone is connected to the local network and a huge network is created, where everyone’s devices are connected together. So what do you understand? Yes, this is the Internet, this is your country’s own Internet! In this way, different countries of the world share their networks with different countries. And as a result of which the real global internet system is created!

So there is no authority for this thing or no one is controlling anything, nor is there any specific source for it! You are using the internet, so you are also a source of internet. Now that you have web server software installed on your PC, you can provide content to the world. There is no such thing as the father of the internet, that if he lifts his hand from his head, the internet will disappear overnight!

I hope you understand the basics. If you need more detailed knowledge, you can check the link above.

Is it possible to destroy the internet?

Hopefully this is fairly clear to you now that the entire internet works on the system. Although not completely transparent, at least the basics should be understood. So according to the structure of its creation, every user here is a single contributor to the Internet. Yes, most of the Internet has client devices, but it is possible to switch any client device to a server instantly . 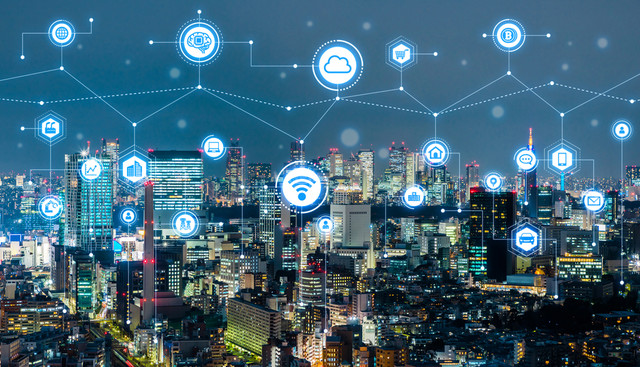 In this case, only the country that will not want, only that country will be deprived of the global Internet. Yes, the country can create its own local network, where only servers and client devices from that country can stay connected. But in my country, the internet will work properly. Here it will be that we will not be able to connect to any server in that country only. But if a country wants to isolate itself in this way, think about it, who is the real loser?

If someone conspires to destroy a country’s submarine cable, it will not completely shut down the Internet. Internet access from different countries can be accessed properly only if there is a problem with internet access in that country. I say “maybe” because the internet of a whole country doesn’t just depend on submarine cable. Internet is also provided from one country to another through wireless technology through microwaves, satellite links, and many more.

Now there is no guardian to keep this complete internet system up, but that is not the case. There are many large companies that provide huge amounts of content across the entire Internet; For example, you can think of Google. Again there are many big internet service providers who provide internet connection across the country or from one country to another through its spread or wireless technology.

So, if you want to read here, it is possible to show many more arguments. But hopefully by now you have painted a clear picture of why it is not possible to destroy the entire Internet overnight. It’s such a huge network that even if two or four countries are completely disconnected from the network, the whole Internet won’t do much.

And even if you don’t, if you imagine that the Internet can be destroyed in any way, then there is always the opportunity to make your own Internet!

What is Reddit and why we should use it?

GitHub: What is GitHub and how does it work?